Among the films to be screened is “Invisible”, an award-winning documentary. Shortly after the film’s director TJ Parsell moved to Nashville, a friend told him about a network of gay songwriters in the city who had written for many famous people in the industry.

“I couldn’t imagine a more repressive industry than country music,” Parsell says. “Right away I had a ton of questions I wanted to ask these women. The project took off like a rocket. Women had a lot to say and the more I delved into their stories the more interesting and complex it became. I think the film will serve as a piercing look at Southern families, religious abuse, and the patriarchy of country music. “

After working on the film for five years, Parsell says he was inspired by the perseverance of women and impressed with their wit. “They used their trauma, they used their stories, their ideas, their vulnerabilities and their courage – and they had a real impact – on me, on their music and on the world,” he says.

Another film, “No Straight Lines: The Rise of Queer Comics,” began with director Vivian Kleiman’s participation in the first international conference of queer comic artists.

While she is sure the film will make audiences laugh, she hopes it will do more. “Using comics to chart the historical trajectory and diversity of queer life – the dilemmas, the celebrations, the conflicts, which is unique to the LGBT experience – I hope the film serves as a new vehicle for telling the story. queer story to a new generation At the same time, I also made the film for all the young people who find it difficult to accept themselves, to understand the power of telling our own stories. “Lola” is about a young trans woman who learns to navigate the world after the loss of her supportive mother. CONTRIBUTED

What is different this year

As you might expect, COVID-19 has required significant changes. In addition to requiring masks for theater patrons aged 6 and over, those 12 and over must now show proof of vaccination with photo ID or negative COVID-19 test from the past 72 hours . Staff also follow protocols.

Other changes and upgrades to the theater have included building new counters and adding a new outlet, remodeling bathrooms to become hands-free, and adding storage units. air recirculation in the lobby and auditoriums with HEPA filtration and UV light technology, the same systems used by The Cleveland Clinique. 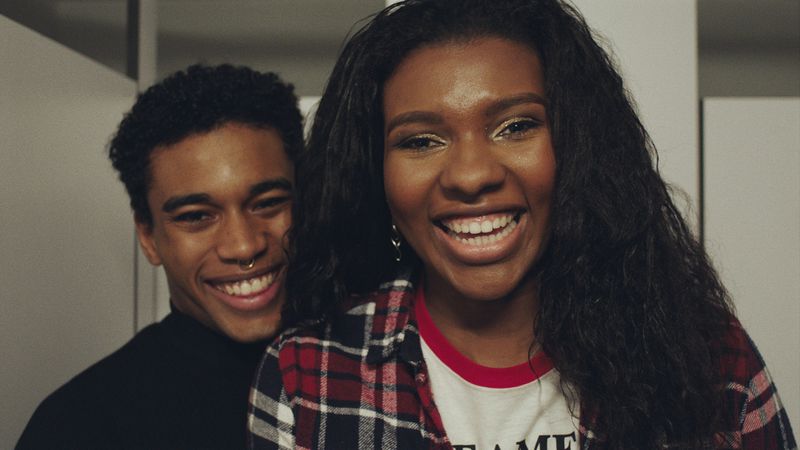 In the short film “Pure”, a young black girl grapples with her queer identity on the eve of her cotillion. CONTRIBUTED

While the community financially supported the virtual festival last year, McNeal said the rate of people watching movies at home has dropped significantly compared to in-person screenings. “The Dayton LGBT Film Festival is all about building community and giving visibility to our stories – and that’s why we thought it was important to bring the festival back to an in-person event this year,” said McNeal, who can’t wait to see a lot of familiar faces.

Among those faces will be Moraine’s Tim Capehart. “My husband and I only missed a year or two of the Dayton LGBT Film Festival; both times we were out of town, ”Capehart explains. “In the beginning, there wasn’t a lot of realistic positive portrayal of our community in movies or on TV. This is the main reason we participated.

To explore12 notable shows to watch this month

Over the years, he says, there were even more reasons to attend. “We enjoyed the committee’s selections, supporting LGBTQ Dayton, supporting The Neon and blending in with the community. We love independent films!

HOW TO GET THERE

Tickets: $ 8, online or at the movies. If you want to sit with friends / family, buy tickets in one transaction, otherwise an empty seat will be placed between you and the next guest.

Five queer scrappy comic book artists travel from DIY work and isolation to the cover of Time Magazine and the international stage.

In the early 1980s, Stefan was cared for and loved by a group of adults, mostly gay men, whom he called his “aunts”.

“If a bad actor can be president, why not a good drag queen?” In 1992, Joan Jett Blakk made history.

Best friends Cas and Naomi spend every second of their days together. But when their future plans are seemingly different, their relationship falters.

The story of an intersex child who asks himself: where is my place?

Nothing will ever be the same again after Tau realizes their sexuality.

Hugo, a young actor, is asked to improvise a story during an audition.

On the eve of her cotillion ball, a young black girl struggles with her queer identity and questions her purity.

Haunted by childhood memories, Sky risks his non-binary identity to end the cycle of violence in his family.

Two women await the results of a test that could change everything.

This short documentary explores the life of famous poet Naomi Replansky as she celebrates her 100th birthday.

This award-winning documentary explores a group of gay songwriters who have successfully navigated the male-dominated country music genre.

Struggling to survive in the USSR during Perestroika, Lena and her gay son escape into the fantasy world of pirated American movies; Elena decides to become a mail order bride. Based on the director’s childhood.

After an unexpected breakup, Charles begins to explore the gray areas of his sexuality.

When Lola, 18 and transgender, learns that she can finally have an operation, her mother, who is her only financial support, dies.

Preceded by “All these sensations in my stomach” (13 minutes, director Marko Djeska)

While switching from male to female, Matia struggles to find a true intimate relationship.