his love of touring and writing songs and new TV projects

“I did it more like a lark,” admitted Sutherland. “I ended up loving the way he produced me and made music sound to me. I also ended up falling in love with touring. At this point in my life, if someone is going to laugh at me, it won’t bother me.

Sutherland considers himself a cynical person. “I think sarcasm is the greatest form of humor,” he said. So he himself was surprised when he wrote happy songs like “So Full in Love”, “Lean Into Me” and “Two Stepping in Time” for the latest release.

The pandemic, he said, changed his outlook on life and shaped the songs on the album.

“It was the longest period of time I have ever spent at home,” he said. “I looked around and realized how lucky, grateful I was to have my family and friends and this very beautiful home. If I were to be locked up for two years, much worse things could happen. I had friends who lived in New York in tiny apartments whose entire lives were designed to be outdoors. They struggled. I had two friends who got really sick and I got COVID from They could barely climb the stairs.

At the start of the pandemic, he and his touring band decided to be part of their own “social bubble” so they could record the new album. He thanks his band mates for giving the record a more dynamic touch. “We found a lot of happiness in making the record,” he said. 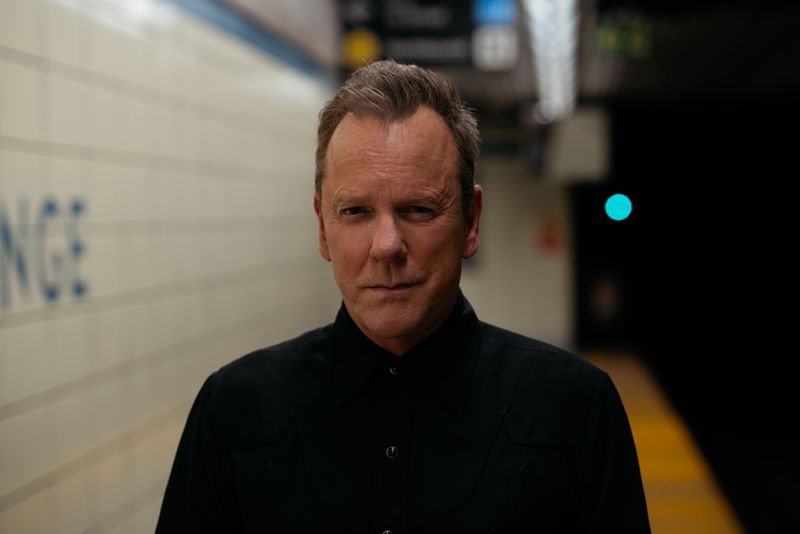 The title of the album and the first track “Bloor Street” refers to one of the main arteries of Toronto.

Sutherland said while filming “Designated Survivor” in the city, he stood on the corner of Bloor and Yonge streets and memories flooded his brain.

His first job as a teenager was at a food court in the Hudson’s Bay Center on the northeast corner. He had his first meaningful kiss at Bloor Street tube station. And he remembers playing there on the streets at age 12 with a guitar and three songs that he played over and over.

“People usually couldn’t stay longer than five minutes for me to get away with it,” he recalled. “I have to honestly say that probably three-quarters of what I did was people thinking, ‘Ooh! Look how cute he is and how big this guitar is!” The other quarter was, “I’ll give him some change and maybe that’ll encourage him to practice more!”

Kiefer Sutherland as Tom Kirkman in “Designated Survivor”, which aired on ABC, then on Netflix. NETFLIX 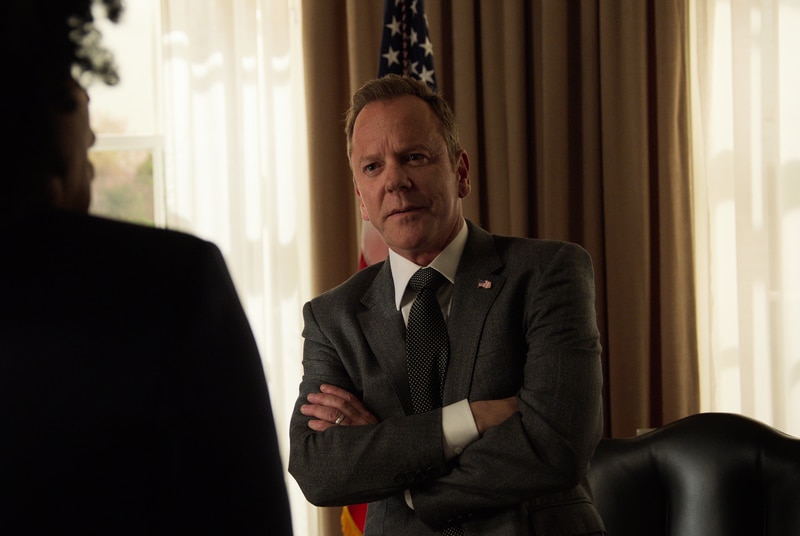 Kiefer Sutherland as Tom Kirkman in “Designated Survivor”, which aired on ABC, then on Netflix. NETFLIX

Although he toured larger venues, the choice of Eddie’s Attic was deliberate. He wanted to do something simple. The first half of the show will be just him and his guitar. Two other musicians ― Marc Copely and Rocco DeLuca ― will join him during the second half.

“I did a tour of Europe of small churches from the 1500s and 1600s, really intimate acoustic shows,” Sutherland said. “I wanted to try something like that here.”

And as a TV/movie actor who doesn’t normally perform in front of an audience, the chance to look fans in the eye makes a difference.

“I wrote a song called ‘Saskatchewan’ about the passing of my mother,” he said. “I played this song one night. I saw a woman put her arm around a friend and realized she was going through something similar. I watched it while I was playing it. She sort of nodded at me. It was a very personal intimate experience that I don’t normally have.

And it’s not like Sutherland’s acting career is on the wane. He has been very busy.

A new movie starring Chris Pine titled “The Contractor” comes out April 1st. He plays yet another president in Showtime’s upcoming limited series “The First Lady”: Franklin Delano Roosevelt opposite Gillian Anderson as Eleanor Roosevelt. This was shot in metro Atlanta last year. And he said he recently did a movie in Atlanta that he can’t talk about.

And when he wraps up his tour next month, he’ll star in a new Paramount+ series “Rabbit Hole” as private spy agent James Weir. The producers describe Sutherland’s character as someone “who finds himself in the middle of a battle to preserve democracy in a world at odds with misinformation, behavioral manipulation, the surveillance state and controlling interests. these extraordinary powers”.

It sounds a lot like Jack Bauer, but the first season is only eight episodes long, a pretty typical run these days for streaming shows.

Sutherland said that when he was younger he followed Robert De Niro’s first concept of making a movie every 18 months. But after playing Bauer for eight seasons of “24” on Fox, where he made what was the equivalent of 12 movies a year, “Rabbit Hole” is a cakewalk by comparison.

“When other actors complain that this show will take five months to make, I tell them, ‘You have no idea!'”

Sutherland said he enjoyed the challenge of “24” despite the heavy workload.

“If I want to go to the Olympics, I have to run every day,” he said. “As an actor, I was put in this incredible situation that I had kept myself from doing for the first 10 years of my career. I was able to go into detail about a character that I had never had the opportunity or the time to play before. It was an honour.

Harold and the Purple Pencil will become ...