International singer-songwriter to play Scotts Hub – News from the region

It’s been almost a year since prolific singer-songwriter Paul Fogarty moved his family back to Australia from Europe due to the adverse effects of the Covid-19 pandemic. 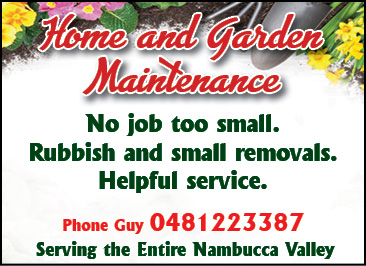 “We always planned to return to Oz at some point, but Covid gave us a definite boost,” says Fogarty.

Paul has spent most of the past 20 years in Germany writing songs for TV, film and commercials and playing concerts and festivals throughout the Eurozone.

His songs have been heard by half a billion people after appearing in groundbreaking primetime TV shows, dramas and miniseries.

His two daughters grew up near Stuttgart, where Fogarty established his own recording studio and established his songwriting and production headquarters for much of the 2000s.

Born on a small farm near Toowoomba in the 1960s, Fogarty started writing songs at fifteen and played 3,000 gigs in the meantime.

Although the songwriting bug never eased, Fogarty earned a bachelor’s degree from the University of Queensland in 1992 and worked primarily as an investigative journalist, public relations officer and national editor for Thomson-Reuters .

“I didn’t even know you could be a full-time musician and earn an income through publishing, live performances, and paying royalties,” Fogarty says.

“By day I was a mild-mannered journalist, but by night I wrote heartfelt love songs and delicate chord progressions and played them for people in dark little cafes.

“Hundreds of songs came to mind during his dreams.

“I woke up every morning with a new song in my head,” he says.

“It had a way of sorting out my brain and my emotions and it was definitely better than spending a fortune on psychotherapy.”

Fogarty continued to write songs in his spare time, perform at festivals and showcases, and work on his music until his girlfriend convinced him to go full-time with his music in September 2000.

Fogarty’s songs were picked up by ABC Music Publishing and played on national radio for his breakthrough album “Stagefright.”

His writing has caught the attention of the biggest music labels in the world – Universal Music in New York and Sony Music in Tokyo – as well as Constantin Film in Germany and Pipeline Entertainment Group in Nashville with whom he still collaborates.

Paul is a multi-instrumentalist equally at home on piano, lap-slide guitar, ukulele, harmonica and acoustic guitar, often switching instruments between songs throughout his shows.

Nashville music impresario Joe Lamont hailed Paul as “the quintessential singer-songwriter“, while festivals and agents in Europe dubbed him “the wonder from below” and “a force of nature”.