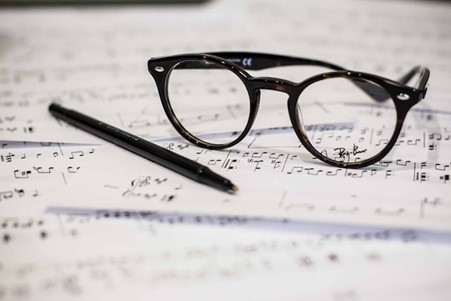 Joe Anselm of Zero to Ninety is a singer, songwriter, actor and model. He returned to his hometown of St. Louis, Missouri to focus and release new music. In the following article, Joe discusses the art of songwriting and lyric writing, and what makes a song a hit on today’s radio stations.

There have been many songs, loved by millions, that are popular enough to earn the elusive and sought-after tag of a “hit”. If a songwriter is looking to have that kind of cultural impact, then the question is, what makes a song a hit?

A hit song is widely played and profitable because it contains elements such as relatable or insightful content and a pleasant melody delivered with passion, says Joe Anselm. Collaborating with other artists to produce authentic ideas in a way others can relate to them is a helpful route to creating a hit song.

In this article, Zero to Ninety’s Joe Anselm discusses the elements of a good song, how songwriters come up with their ideas, and why collaborations can make a good song.

Elements of a Great Song

A great song, like “How Do I Live” by Leann Rimes, or even “Uptown Funk” like Bruno Mars, can feel searing: it pops up once or twice in a long time, but it’s unpredictable. Joe Anselm from Zero to Ninety. However, there are certain elements that all great songs have, as listed below:

Zero to Ninety’s Joe Anselm examines each of these song elements and determines not just what they are, but how they contribute to audience response and launch a song into becoming a hit.

According to songwriter and former Rhino Records production manager Robin Fredrick, not every song’s characteristics will appeal to all listeners. According to Joe Anselm, taking a bite of food with a set of expectations and then experiencing a totally unexpected flavor can be as off-putting as listening to a song that doesn’t fit the listener’s preferred musical style.

Because of their understanding of this, many record labels and song publishers know very well which characteristics of songs appeal to the most people. This range of popular characteristics is called radio genre or radio format, explains Joe Anselm.

For example, a country radio station will expect a certain set of characteristics in songs submitted to its genre, while a punk rock station probably won’t accept a song that better fits the classic rock genre.

A good song usually stays within the parameters of what people like in their favorite genre and then maximizes those characteristics. Bruno Mars’ “Uptown Funk” is hailed as a great song and fits into the pop genre, which is known for getting the audience up and dancing, by featuring several funky baselines instead of a traditional chorus. 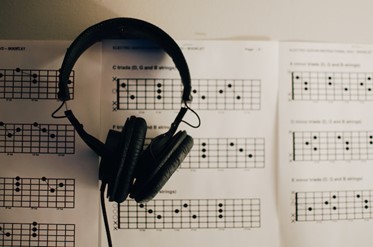 According to the Berklee College of Music, a melody is the element of any song that sticks in the listener’s memory. This, at its most basic level, is important because if a listener doesn’t remember the song, it’s unlikely to be played enough to achieve hit song status, says Joe Anselm.

A melody is the combination of pitch and rhythm. In most hit songs, the lyrics have a phrase, often repeated and sometimes becoming the name of the song itself, that resolves the melody pattern. The melody is, essentially, a pattern of sounds that a listener can not only recognize, but become a part of by remembering them enough to sing along. That’s why songs like Bon Jovi’s “Livin’ on a Prayer” are so popular!

While the lyrics can help focus a song’s emotional expression, the melody is usually the first thing a listener remembers and appreciates about a song, says Zero to Ninety’s Joe Anselm.

According to Litro Magazine, lyrics are the gateway for listeners into the singer’s mind and their emotions. Although musical melodies without words can evoke emotion, lyrics are the channeling of that emotion to specific topics.

In Twenty One Pilot’s hit song, “Stressed Out,” the lyrics give meaning to the hypnotic rhythm and soulful melody. The songwriter expresses a desire to go back in time and enjoy the days of childhood before having to take on the responsibility of adulthood.

Audiences can identify with this feeling and associate it with the song so that it becomes more than something to listen to: the lyrics turn the song into a kind of banner representing this feeling of nostalgia, explains Joe Anselm of Zero to Ninety.

Passion is one of the hardest things to infuse into a song, but it certainly makes the greatest songs great. Singers are more successful in capturing the attention of their listeners when they allow emotion to make their songs feel authentic.

According to the music professionals at the Tunedly blog, passion is simply putting feeling into the words and sounds of the song. Listeners will often be most excited by songs that convey an emotion they can relate to: whether that emotion is joy, mischief, desire, love, or even anger.

Because passion is at the heart of engaging an audience with a song, songwriters often draw ideas from their own experiences.

For example, the song “Running Up That Hill”, by Kate Bush, was written because the artist wanted to be able to understand the mind of her significant other. She hoped, as the lyrics say, that if she could trade places with her boyfriend, she could clear up the misunderstandings that were tearing their relationship apart.

Often songwriters also rely on their own opinions, likes or dislikes to create a song. For example, while Bruno Mars’ song “Uptown Funk” is clearly about having fun and enjoying music for its own sake, Michael Jackson’s song “Man in the Mirror” is more introspective and puts the audience in the spotlight. challenge to change what might be missing in their character.

For musical inspiration, artists have been known to simply allow other songs to inspire them, taking their favorite parts, like a song’s beat or melody, and incorporating something similar into their own work. .

Collaboration has many benefits for a song and the songwriters involved! Not only can collaborating with another artist allow each other’s fan base to be introduced to the other, but it can take some of the pressure out of solving all of an artist’s songwriting dilemmas.

Joe Anselm explains that when two artists come together to create a song, the result is usually a refreshed sound and creative inspiration. For example, the song “Love Yourself,” performed by Justin Bieber, was actually co-written by Ed Sheeran.

Therefore, while the song had Bieber’s fan-favorite vocals, it combined it with Sheeran’s clever songwriting. Both artists were able to take an experience they could relate to (that of an ex-lover who hurt them) and turn it into something the audience could appreciate.

In summary, a hit song is made up of a combination of understanding its genre for the sake of popular studio and radio recognition, focusing on a melody that the audience will remember, channeling emotion into the lyrics and delivering it all with relatable passion.

Collaborating with other artists can not only expand everyone’s fanbase, but also release more creativity to focus on producing the song. With all these components combined, a song will have all the advantages to become a hit!